Chinese residential property owners are rushing to pay off their mortgages early, heaping pressure on commercial banks that were already struggling to identify attractive lending opportunities.

Several state bank managers told the Financial Times that branches in Beijing and Shanghai had experienced a 20 per cent increase in mortgage prepayments this year.

The push by Chinese borrowers to repay their mortgages early comes against the backdrop of falling returns on investments, the economic disruption of Beijing’s zero-Covid policy and a liquidity crisis that has pummeled the property sector. This has led many residential property owners to try to reduce interest payments.

The outstanding mid- and long-term household debt — which mainly consists of mortgages — increased just 2.9 per cent during the first six months of 2022, down from 5.2 per cent in the second half of 2021 and 7.3 per cent over the same period a year ago, according to data published by the People’s Bank of China.

At the same time, domestic currency bank deposits by Chinese households rose Rmb10.3tn ($1.5tn) in the first half of 2022, an increase of about 13 per cent compared with the same period a year earlier and the largest expansion for any six- month period. By contrast, household borrowing grew just 8 per cent, its slowest pace since 2007.

Many of the individuals repaying mortgages own more than one property, have ready access to cash and have been paying higher annual interest rates of 5.5-6 per cent that banks charge for loans on second or third homes.

Bill Chen, a self-employed consultant in Beijing, took out a Rmb1.25mn, 25-year mortgage in 2020 to buy a second apartment in the Chinese capital. But rental income of Rmb6,500 a month does not cover his monthly mortgage payments of Rmb7,826, three-quarters of which are interest, and with no attractive investment options, Chen decided to alternatively repay the mortgage this summer.

Falling property prices Chen is also encouraged to pay off the mortgage in order to be ready to sell the apartment if its value declines further. Chinese owners usually have to clear any mortgage before starting a transfer of property ownership.

Yan Yuejin, research director of E-house China Research and Development Institute, said the prepayment trend reflected growing caution among Chinese consumers as Beijing’s drive to rein in indebted property developers hit prices and cut the yields of wealth management products linked to the sector to less than 4 per cent.

Tan Yifei, founder of Jence Frontier, a Beijing-based consultancy, said the policy was in line with the government’s broader economic goals. “A deleveraging in household debt could be a good thing for financial stability, and is in line with the original intention of policymakers to defuse the risks of property bubbles,” he said.

Chinese household indebtedness, which is measured by comparing debts to GDP, soared to 62 per cent by the end of 2021 from less than 5 per cent in 2000, data from the National Institution for Finance and Development showed.

But increasing prepayment will add to pressure on Chinese commercial bankswhich considers mortgages among their highest quality assets, and make it more difficult for them to meet government lending targets.

China Merchants Bank said its retail business, which mainly consists of mortgage and credit card loans, accounted for a smaller proportion of new lending in the first half of 2022 and was far below its target of 60 per cent. The bank’s net interest margin, a crucial profitability indicator, narrowed by 4 basis points to 2.44 per cent in the first six months.

Bank of Communications, China’s sixth-largest lender by assets, said on August 1 that it would charge a penalty of 1 per cent of the loan principal for early repayment of home loans and business loans. The bank, which usually waived such penalties, deleted the notice after receiving a wave of complaints. 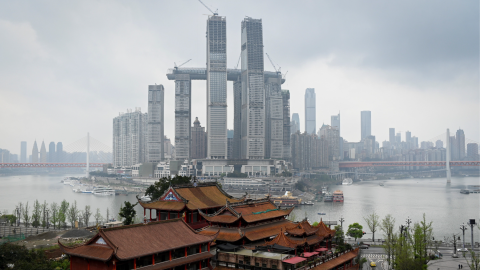 The People’s Bank of China has made some effort to shift sentiment and support homebuyers, including slashing the five-year loan prime ratea reference rate for mortgages, by 15 basis points to 4.3 per cent last week.

But most mortgages issued before 2021 were set at higher fixed interest rates and those on floating rates can only be adjusted once every 12 months. That means some borrowers are keen to repay their mortgages this year to try to obtain a cheaper loan.

“I’m ready to clear my mortgage and sell the house, then buy a bigger flat for my family and apply for loans at a lower rate,” said Shanghai-based Bella Jiang. “Cost-saving should be done ahead of time. I don’t want to let the banks sit back and effortlessly earn interest from me when the economic outlook is already so poor.”