tvN’s “Alchemy of Souls” has shared an exciting sneak peek of its Part 1 finale!

Penned by the famous screenwriting duo known as the Hong Sisters, “Alchemy of Souls” is a fantasy romance drama set in the fictional nation of Daeho, a country that does not exist in history or on maps. The drama tells the story of characters whose fates become twisted due to magic that swaps people’s souls.

At the end of the previous episode of “Alchemy of Souls,” Jang Wook (Lee Jae Wook) and Mu Deok (Jung So Min) ended their relationship as teacher and pupil—after which Jang Wook proposed to his former tutor by officially asking her to marry him.

In the brand-new stills from the drama’s next episode, the newly engaged Jang Wook and Mu Deok get ready to take their relationship to the next level by going shopping for wedding rings.

However, while affectionately picking out rings together, the couple is suddenly caught off guard by the merchant selling the jewelry. One photo captures the duo looking up in surprise, while the other shows an annoyed Mu Deok glaring daggers at Jang Wook, who timidly looks away from his fiancée. 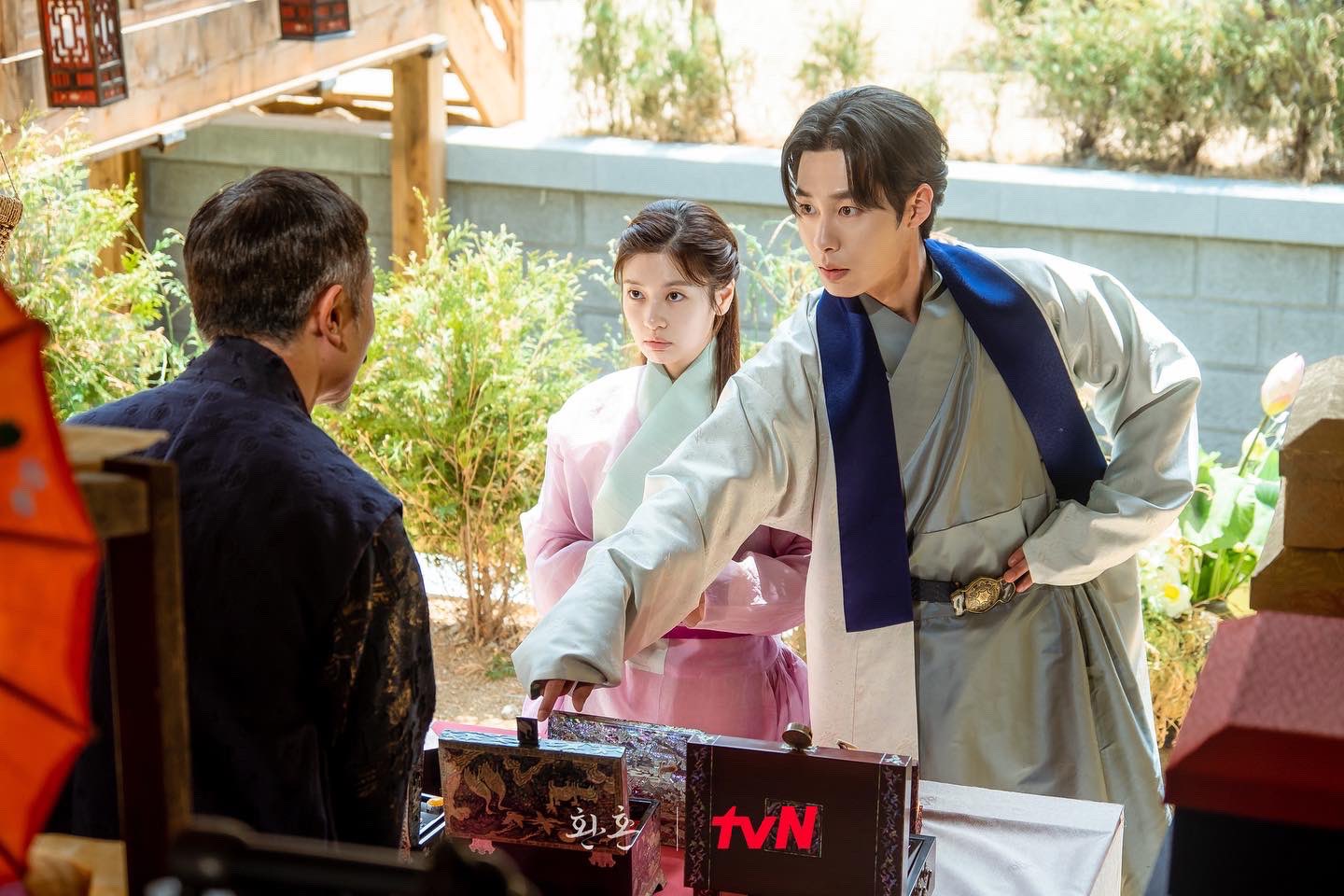 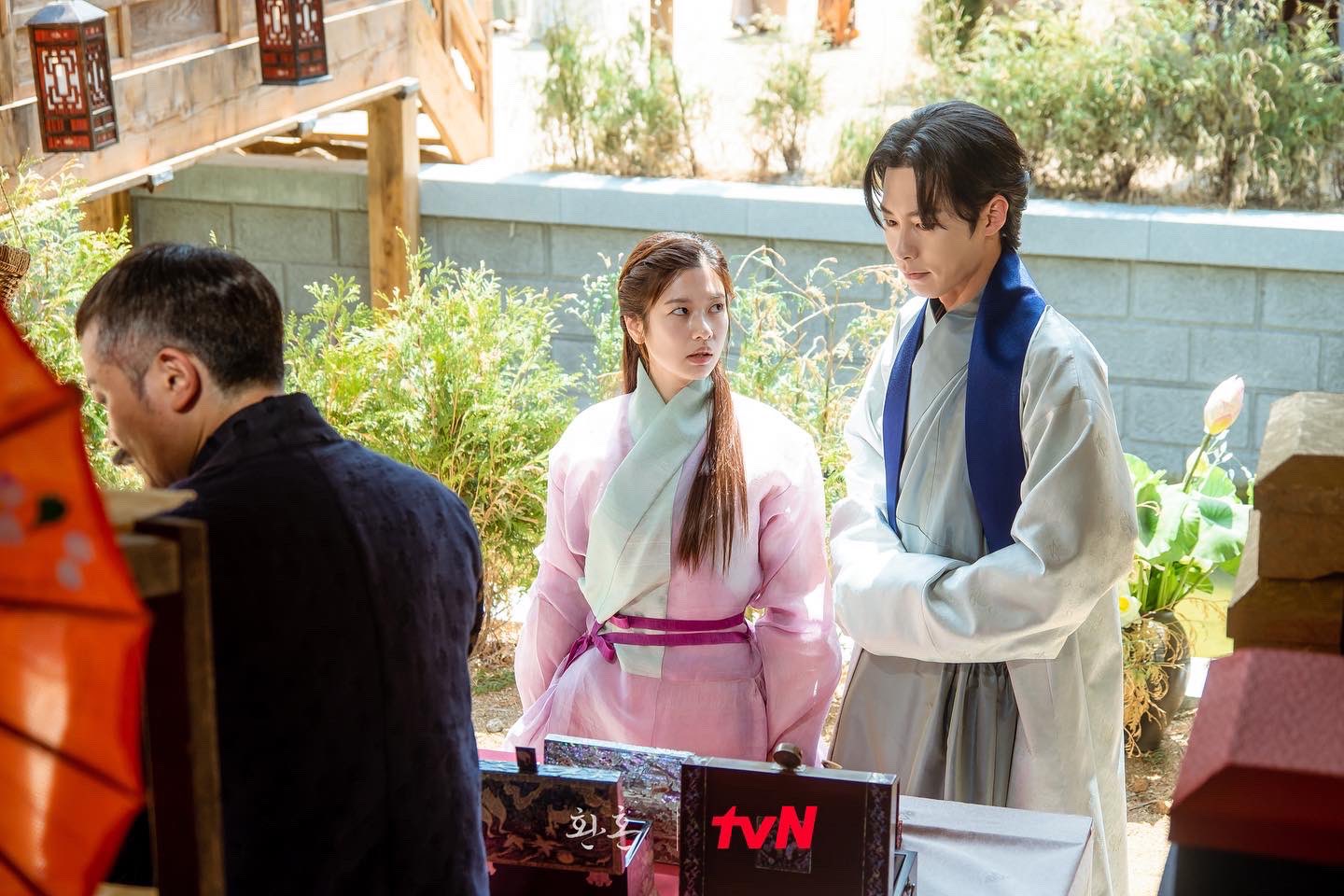 To find out why the couple’s romantic shopping excursion goes astray—and whether they will be able to successfully tie the knot—tune in to the final episode of Part 1 of “Alchemy of Souls” on August 28 at 9:10 pm KST!

In the meantime, watch Jung So Min in her previous drama “Monthly Magazine Homewith subtitles below: