New Kids On The Block’s Jonathan Knight is married! Star, 53, secretly ties the knot with long-term love Harley Rodriguez, 49, after the delayed their big day

By Rebecca Davison for MailOnline

The New Kids on the Block star has confirmed he’s a married man after tying the knot with his longtime partner in secret.

The pair got engaged in 2016 but they were unable to celebrate with a lavish wedding reception due to restrictions during the COVID-19 pandemic.

They do! New Kids On The Block’s Jonathan Knight is married! Star, 53, has secretly tied the knot with long-term love Harley Rodriguez, 49, after the delayed pandemic their big day – (stock image)

Jonathan, 53, confirmed the happy news to Etonline.com when asked if the ring on his left hand meant the couple had exchanged vows.

He said: ‘We did (get married).’ But everybody just assumed we’re married, so, I never say yes or no ’cause I don’t wanna lie.’

Despite being unable to celebrate the nuptials in style, Jonathan revealed they are planning to throw a big wedding part soon, saying: ‘It’s coming.’

Jonathan and Harley have been together since 2008 and took part in a reality show called The Amazing Race together in 2015. 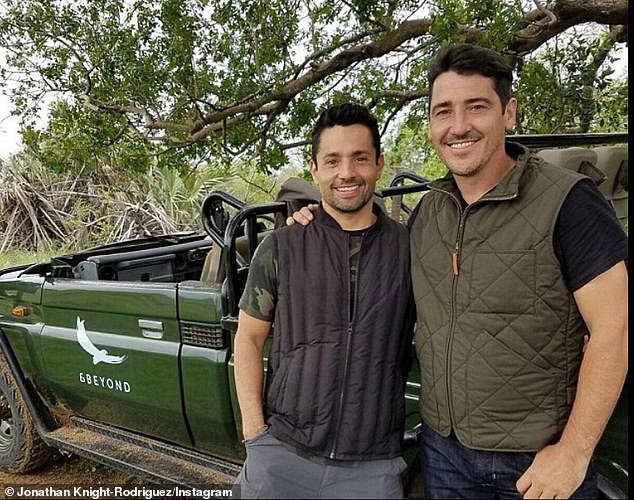 Moments like this: The New Kids Of The Block singer, 47, proposed to his longtime love while they vacationed in Africa with their moms 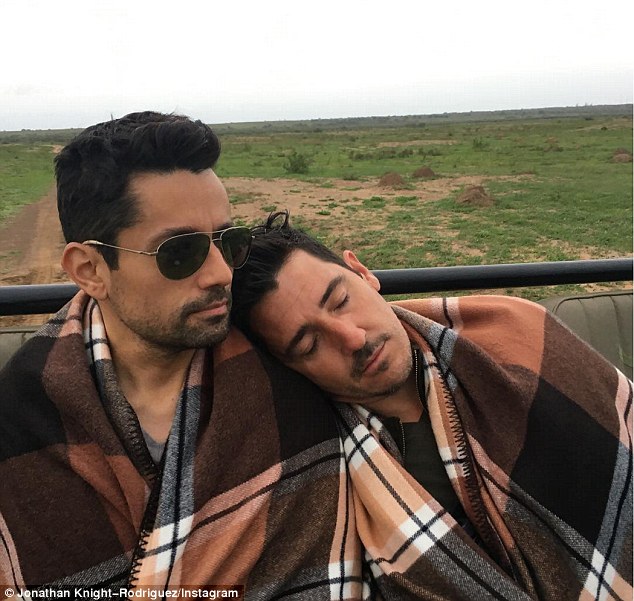 Cozy: The couple shared lots of loved-up pictures from that special trip together

They got engaged a year later in 2016 when the singer-turned-TV star proposed during a holiday in Africa while away with their mothers.

The pop star is currently working on a TV show called Farmhouse Fixer in which he can indulge his passion for property renovations.

He told Etonline.com: ‘It’s such a passion of mine, fixing up houses. I would post on Instagram pictures of projects I did, and fans would always ask me, “What is your other job besides the New Kids?” And I just think it’s so great to be able to showcase what I do, and people can watch.’

Jonathan added that he’s currently in a very happy place in his life, 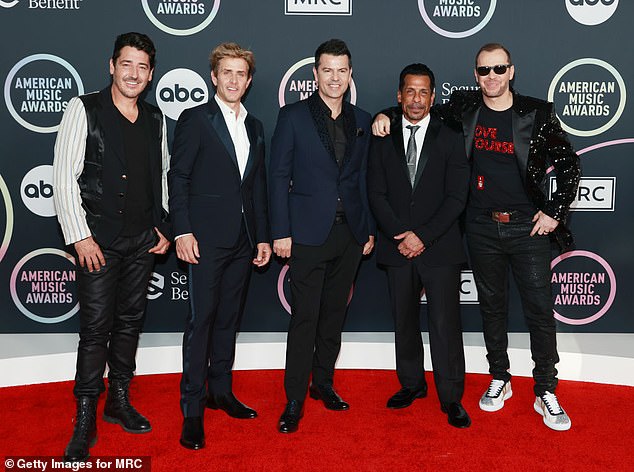 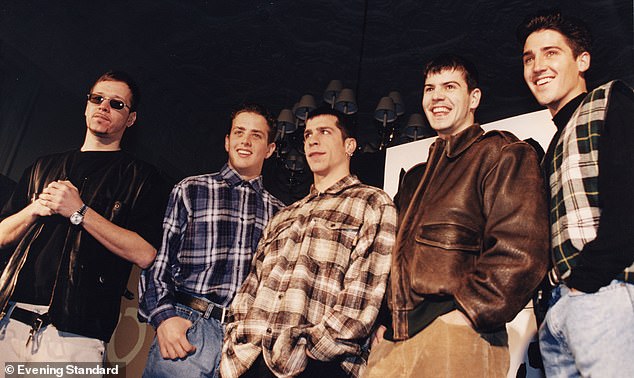 Turn back time: The band pictured in 1994 broke up this same year but later reunited and still tour to this day

Jonathan previously spoke about the details of the engagement during an interview on The Jenny McCarthy Show – Jenny is married to his New Kids bandmate Donny Wahlberg.

Jonathan explained: ‘We were in Africa, our parents were there – our moms were there – and I just figure this was the time to pop the question and make it official.’

He added: ‘We were on the Zambezi River – it’s right above Victoria Falls. We took a nighttime raft dinner, just the four of us out on the river.

The musician said: ‘It was just absolutely beautiful, it was so romantic.’

Jonathan added that Harley had ‘no clue’ he was going to propose and that they’always considered [themselves] a married couple.’ 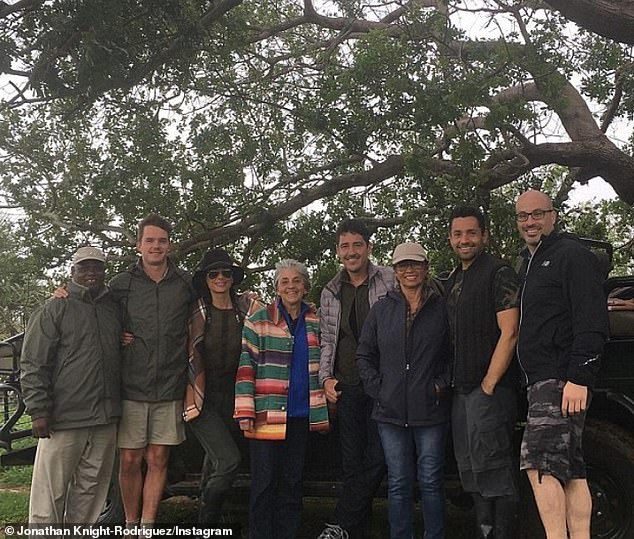 Family first: Jonathan said of his proposa;l: ‘We were in Africa, our parents were there – our moms were there – and I just figure this was the time to pop the question and make it official’